The Circle of Life: Sometimes It Just Gets Broken


The Circle of Life: Sometimes it just gets broken and there is nothing to do but to deal with it.

By Circle of Life, I mean where you grow in several stages.  This is MY perception of how it works based on my experiences.  Your results may vary, as they say in the commercial disclaimers.

Stage One:  as child dependent upon your parents to guide and mold you. For a while your parents are as Gods. They are wise, all knowing, the source of comfort and everything else that a young child must have.

Stage Two: Soon, you grow into a teenager straining to find out who you really are. Ah...the teen years. Teen age angst.  What a trial for the parents.  You go out of ways to assert your independence and to just be contrary to all authority.  There is an ongoing power struggle between teen girls and their mothers, sons and fathers.  At this point you realize that maybe the parental units are NOT perfect or God like.  You've seen the cracks in the facade in some ways.   Perhaps it is the party where someone got a bit too drunk, was having fun and became embarrassing.  Maybe an uncomfortable argument between the parents.  Everything your family does is now worthy of an eye roll or two.

Stage Three: Thankfully we grow out of that teenager stage.  You go out on your own.  College, maybe. Get a job and an apartment of your own.  Move to another town. Now you begin to realize that life is more than being a child or an obnoxious teen dependent.  The bills keep coming in and you suddenly realize that ....Woah.....someone has to clean the bathroom, change the toilet paper roll and buy the food and all that stuff. This means I have to keep going to my job! and I can't just spend all my money on fun things.  Maybe that home and family thing was worthwhile.  Still figuring out who you are you experiment will all kinds of things. You might occasionally think about your parents and the fact that they were young at one time and remember some of their stories, if your parents were of a mind to share their own youthful indiscretions.   But mostly, it us all about you and your new exciting life.

Somewhere between stage two and three,  you discover SEX.  You are sure that it has never been this way for anyone before.  You are special..... THEN suddenly it dawns on you that your parents have had sex too.   At least once or twice, depending on how many siblings you have.  Eeeewwww!  This may require that I rethink my views of my parents and think about why they dropped us off at the theater every Saturday so we kids could spend the afternoon watching bad B movies......  Naaah.

Stage Four:   The real relationship stage.  You find a boy or girl that you like a lot and you discover that the 'way of love' is not all that easy.  It might work out and turn into marriage or you might find out that it is just a way of woe.  Suddenly, your parents seem to be more understandable.  Those arguments and quirks that they exibited that were so embarassing to you, make some sense.  You might be able to confide in your mother or father and even ask for advice.  They aren't Gods like they were when you were small, but.....somehow as you have gotten older, they seem to have gotten so much smarter. Amazing how that can happen.

Stage Five:  Marriage and children.  If you manage to make it past stage four, you are now married and have children of your own.  There is a moment where it dawns on you, perhaps when you are changing diapers or getting up yet again in the middle of the night to feed the baby or walk the floor at 2 am trying to console your colicky child.....WOW.  My mother/father did this same thing for me.!!! And I took it all for granted.   As a new mother or father, you will now be able to reach out to your parents for advice and ask them.  How did you handle this problem.  What was it like for you?  (They THEY are now Grandparents and working their way through their own Circle of Life.)

Now, you can talk woman to woman or man to man.  You parents are morphing into friends and confidants.  People.  Not just parents, but people who have pasts, likes, dislikes.  As your own children grow and you deal with the intricacies of a marital relationship, this friendship grows ever more strong.

Stage Six:  Finally, you have gotten your children through their teen years and you also remember just what a little prick or bitch you were to your own parents.  (I apologized to my father at that point.) Your children are in Stage Three.    Ahhhh.  At last. The empty nest.  Free at last free at last.  Adults without young children and you can do the things you put off while raising the family.  Travel. Go to resorts and experience fine dining.  Sleep IN on Sunday and walk around the house in your underwear without a snotty teenager rolling eyes at you.

Stage Seven:  Finally.  Grandchildren of your own to spoil.  Now you are the valued source of information.

Somewhere in these last stages, you begin to realize the mortality of your parents and yourself.  Life isn't eternal as you think it is in your teen and young adult years.  Friends, family are dropping like flies and you realize that time is precious.  You'd better spend as much of it as you can with your parents if they still exist and your children and grandchildren before the circle stops spinning..

Such is the circle of life.  Wheel within wheels.  We are all on the circle at various points.  But....sometimes the circle breaks as it did for my mother and for the rest of us.


My mother was in a very bad auto accident when I was just 20 yrs old.  (Just ending stage 3 and entering stage 4).  It was a roll over accident where my father was driving them home from a fun weekend in Reno and fell asleep.  She was in a coma and the doctors told us that she wouldn't live.  It became apparant that she wasn't going to die, and remained in a deep coma for over 6 months. We were told that she would be a vegetable.  Long story short....(Too LATE!).   She eventually woke up from the coma, didn't recognize us, didn't know who she was.  She was in therapy for a long time until the insurance ran out. She couldn't speak for some time, wasn't ambulatory and couldn't take care of herself.  Once at home, we had to take turns caring for Mom.

My mother was 38 years old when this happened.  As a young 20, self absorbed twit, I still thought of my parents as being old.  Now I realize how very young they were.  All of their dreams and hopes for the rest of their lives had been shattered.

My father was racked with guilt.  He worked nights and my brother and I filled in while he was sleeping and working. Brother was still living at home and trying to go to school.  It was very tough for him.  I was living in San Francisco, working full time and going to college.  Every weekend I would come home and give Dad and Brother a break.  We learned how to do range of motion exercises so her body would not atrophy, hand feeding.  You haven't lived until you have changed your mother's diapers.

In the next 8 years she gradually go better to the point where she could speak, walk and even begin to bowl again.  Before her accident, she had belonged to a league and had a chest full of 300 game pins, something she was proud of.  She was never able to work again, something that she missed very much.   The head injury caused my Mother to have some mental and emotional instabilities and large gaps in her memories.  My father retired from working, got a payout from the Typographical Workers Union, and they began to travel. My father wrote many travel books during this period and my mother was able to enjoy some of the traveling.  This was a happier time for them and for the rest of the family.

I had a child at the age of 28 and my Mother was happy and proud to be a grandparent.  But still there was this inability to lean on her because of her condition.  Not a lack of love or affection.  She was just not the same person as before the accident.

Two years later my mother was in another auto wreck with another even more severe brain injury.   Standing in the hospital corridor, we had a family conference and were forced to decide on whether to "pull the plug" and let our mother, my father's wife......die.   We did.

So, the circle was broken.  My mother did get to see her grandaughter for a couple of years.  We did get to have Mom around for almost 10 years after the first dance with death.   I am still very close to my Father. He has since remarried for over 20 years now to a very wonderful and patient woman.  We are like good old time friends who respect each other and enjoy each other's company and who just happen to be also related as father and daughter.

In my youth, I was always proud of her and her accomplishments and her career.  But those are more abstract. Every day, I wish that I had gotten to really "know" my Mother and discover the woman that she was.  I wish my daughter could have had the time to know her grandmother as something other than stories people tell.  I think of all the opportunities we have lost.  It makes me very sad.  I wish she was still here to see how wonderfully successful her Granddaughter has turned out and how proud she would be of her Great Grandson. 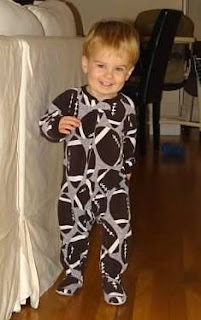 Posted by Dust Bunny Queen at 9:42 AM