Skip the Debates....Let's Have a Duel

This morning, Dumbplumber (my ever lovin' hubby) and I remarked how completely sick and tired we are of the never ending blather from the talking heads about the upcoming election.  Sick of all of them from Fox to CNN to NPR.  The latest is all about the debate preparations for Obama and Romney: who is going to be better at answering the stupid media questions, who has a more soaring oratorical style and who can blather more than the other guy.

In fact, one talking head said "We are awaiting dueling speeches from the candidates."   Hell.....why don't we just skip the speeches part and go directly to a good old fashioned duel.   It was good enough for Andrew Jackson.   Romney vs. Obama at 20 paces with pistols.  Or swords.   Ooooo  I know....Light Sabres.

However, since everything associated with Obama is racist,  and probably a white dude like Romney aiming a gun at Obama could possibly construed as racist, I suggest we use stand ins to take the place of  the candidates.


Ted Nugent can stand in for Romney 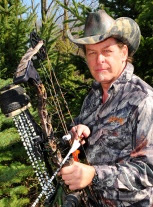 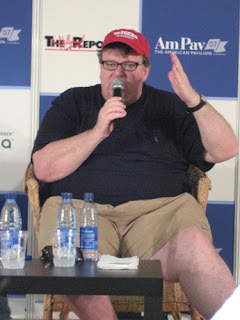 Put it on Pay Per View.  Watch the money come rolling in.

Posted by Dust Bunny Queen at 8:21 AM